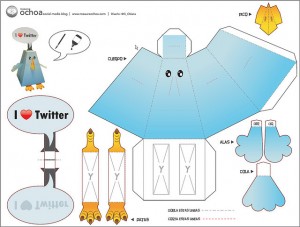 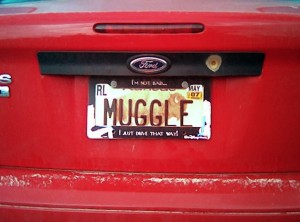 Well here’s a thing; if the world of magic is divided into wizards and muggles then I think the social media world has similar population groups and so I’ve coined a new word:

Put simply a Twuggle is a person who doesn’t ‘get’ Twitter. They also tend to be disparaging about Tweeters (people who like to Tweet) and for reasons that I can’t quite fathom assume that all Tweeters are either:

Spotting a Twuggle is easy; you just have to mention that you’re popping out for a quick tweet and if your partner, or colleague, rolls their eyes, gives out a little sigh, or says ‘if you really have to’ then it’s highly probable that they are a Twuggle. Be nice to them though; they’re the ones missing out. But why?

Well, my hunch is that people have been conditioned by lurid tabloid tales to assume that the internet is roughly the equivalent of a Wild West Saloon, populated by hookers, gunmen and cattle rustlers. By extension, anyone who likes to chat to people on the internet and especially Twitter is somehow not playing with a full deck, or is a crook, or is just on the make.

In any population group there is going to be a diverse range of characters and motives and undoubtedly there are some rum coves on Twitter; people who need to be blocked, or offered specialist help. There are also bank robbers and spammers, but that doesn’t stop people from using banks or collecting their email. So, why the prejudice for social media? Perhaps people have had one awkward experience and now choose to judge the world by it, or perhaps they have picked up an unhelpful Parental message that ‘social media is bad’ (in the way that watching too much TV is certain to ruin your eyes).

Personally, I think we have a choice to make; embrace it and see how it can help us to run our businesses, or improve our lives (through fast and effective communications) or ignore it and hope it goes away. So, what do you choose?

I mean… those horseless carriages took a bit of time to get established, but who would want to be without theirs now?

My view is that, despite the odd crank, Twitter is a force for good and is full of people being people. Real people, who work as teachers, business types, nurses, accountants, photographers, chefs and mums and dads and so on. Real people connecting with real people and having real conversations and being contactful. People need contact; it’s a basic human hunger and we all need to be fed.

Being a Twuggle means potentially having a closed mind about the benefits of an integrated communications network, and yet two hundred years ago society actually did have an early version of Twitter; it was called the village green, or the market square. People would go to chat and trade and meet other people. Would all those people have been thought of as scoundrels? I doubt it.

So, my message is this: Given the pace of change and the need to keep ourselves up to speed with developments can people really afford to be Twuggles?

It’s worth a thought as nobody really likes to be left behind do they? Struggling to mount their horse of fate when the next horseless carriage of opportunity goes whoosing by…

If you’re married to a Twuggle or have been affected by these thoughts then have a look at this related post about why Twitter works or ring the helpline to talk to one of our trained advisors. If you’re a Tweeter struggling in a world of Twuggles you can rest easy in the knowledge that you’re ahead of the game and have realised that, like it or not, social media is here to stay.

Tweeters, in my experience, are real people and good people and I like them.