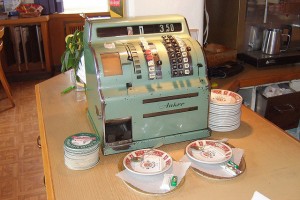 How much for a kiss?

Do you charge for your kisses? It’s a good question I think and the surprising answer for many people is that they do. Well, they don’t exactly carry a card machine with them, or issue receipts maybe, but they don’t give their kisses freely.

Instead they’re earned as a reward for doing something. So, for example if you give your partner a kiss for making you a cup of tea that’s called a ‘conditional stroke’. (A unit of recognition that was given to someone in response for them doing or thinking something).

If you just snogged ’em because you loved them (or just fancied them) that’s called an ‘unconditional stroke’. (A unit of recognition given freely just because the other person was ‘being’ there).

All positive strokes are good to have and the more you get the happier life is, in my opinion. By the way, the word ‘stroke’, as used here, is a term from Transactional Analysis; which is a great way of studying how we communicate.

It is good to give and receive both conditional and unconditional strokes as they nurture us at different levels and we really need both to feel loved and secure.

Now, when we think of our modern careers and how we survive at work, the same applies. Staff need to know they’re valued as human beings and not just as economic units.

Great ways to give people unconditional strokes at work include:

1) Make them a coffee, just because you can.
2) Ask about their weekend, or their holiday.
3) Show interest in a hobby they have.
4) Say good morning and smile!

Of course you’re welcome to go large with the hugs and kisses too, but check your Employee Handbook first, in case the Personnel Miseries have outlawed them….

So, this week give people unconditional strokes. They’re a great way to build relationships and improve your career both at work and at home!