How much for a kiss?

Do you charge for your kisses? It’s a good question I think and the surprising answer for many people is that they do. Well, they don’t exactly carry a card machine with them, or issue receipts maybe, but they don’t give their kisses freely.

Instead they’re earned as a reward for doing something. So, for example if you give your partner a kiss for making you a cup of tea that’s called a ‘conditional stroke’. (A unit of recognition that was given to someone in response for them doing or thinking something).

If you just snogged ’em because you loved them (or just fancied them) that’s called an ‘unconditional stroke’. (A unit of recognition given freely just because the other person was ‘being’ there).

All positive strokes are good to have and the more you get the happier life is, in my opinion. By the way, the word ‘stroke’, as used here, is a term from Transactional Analysis; which is a great way of studying how we communicate.

It is good to give and receive both conditional and unconditional strokes as they nurture us at different levels and we really need both to feel loved and secure.

Now, when we think of our modern careers and how we survive at work, the same applies. Staff need to know they’re valued as human beings and not just as economic units.

Great ways to give people unconditional strokes at work include:

1) Make them a coffee, just because you can.
2) Ask about their weekend, or their holiday.
3) Show interest in a hobby they have.
4) Say good morning and smile!

Of course you’re welcome to go large with the hugs and kisses too, but check your Employee Handbook first, in case the Personnel Miseries have outlawed them….

So, this week give people unconditional strokes. They’re a great way to build relationships and improve your career both at work and at home!

The World of Behavioural Strokes (Part 2) 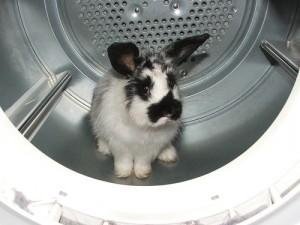 Last week in Part 1 we met five types of stroke (units of recognition) that we can give out to people and can get back from them. Strokes, as a term from Transactional Analysis, are the nourishment we need to live by and prosper. They fuel our days and propel us towards greatness. And they can stop us in our tracks, or leave us feeling unloved and ignored. What’s really interesting for me though is how we learn to limit how we use them. They’re free, you can carry an infinite amount in your pocket and they are the bedrock of happy fulfilling relationships at home and at work. So why is it that we often keep hold of strokes, or only give them grudgingly?

Claude Steiner, one of the early developers of Transactional Analysis, suggested we learn to limit strokes and that our early years environment shapes the ‘rules’ we carry around in our heads. He called this ‘The Stroke Economy.’ What this means in practice is that we tend to uphold one or more of the following five injunctions (beliefs that limit our freedom to act):

1. Don’t Give Strokes to Others. If you tell people what they have done well they will want to be told more often, or they might think that you’re after something. You should only give out strokes sparingly! The truth is that you can give strokes to other people! The reality is that it’s ok to praise people, or to tell them what they’ve done well and that these people won’t take advantage of you. Think about who is important to you and ask yourself who you could stroke more often?

2. Don’t Give Stokes to Yourself. Self praise is no praise. Modesty is a virtue. Don’t stand out. Don’t blow your own trumpet. These kind of beliefs are well meaning and can get in the way. The truth is that you can stroke yourself. It’s ok to give yourself a pat on the back for a job well done, or treat yourself, or simply enjoy your talents and skills.

3. Don’t Ask for Strokes. If you ask for a compliment or perhaps for a hug, people may be suspicious of you and think that you’re ‘needy’. Clearly, if you ask for a kiss and get it, that counts less than if your partner reads your mind and gives you one by surprise. Right? Wrong! The truth is that you can ask for what you need. If you ask someone to pay you a compliment, or give you some positive feedback, and they do and are sincere, then the strokes are real and as powerful as if you received them by surprise. It’s ok to ask and to receive. Next time you want a hug, don’t sit there and pout…ask for one!

4. Don’t Accept Strokes. If someone says “Well done” the temptation is to brush it off and be modest. “Oh it was nothing,” you might reply, or emphasize that the team did some good work whilst you sat in the background. You might even ask for a compliment and when you get it you toss it aside with a disbelieving sniff. Of course the truth is that you can accept strokes. “Thank you” often suffices and personally I quite enjoy getting them and stuffing them into my ‘stroke bank’. (Think of this as a piggy bank, where you can store strokes and replay them later for added smiles). Have fun accepting strokes…you pump fuel into your car, so what’s wrong with taking on board some nourishment for yourself?

5. Don’t Reject Strokes. Some people feel that they always have to accept all the feedback that is given to them and perhaps even become recognised for one particular trait or talent. For example, if someone is good at presentations and is only praised for that, it can become a bit wearisome. We all have lots of skills and talents and so we can make a choice. The truth is that we can say ‘no thanks’ although in practice I have found a polite way to reject a stroke is to say “Thanks for your comment and what else do I do well?” This encourages the other person to think a bit more deeply and I get another stroke!

We can ask ourself which one(s) of the above Dont’s we carry around and give ourself permission to change. We can give strokes to others and ourself, ask for them, accept them and reject them. This week choose to give out more strokes and ask for ones and see how life and work feels a bit better. If you’re leading a team make a point of giving them some positive feedback and remember that a stroke doesn’t have to be verbal. A smile, a hug, a box of cream cakes, an extra long tea break… these are all strokes that people value and enjoy. What can you say, or do, this week to someone to make them smile and feel appreciated? Who do you tend to overlook who could do with a stroke?

Job Hunting 3.0 is published on 15th June so to tie in with this I will preview the book over the next few weeks, starting next Monday with some juicy CV writing tips. Beat the competition by following this blog each Monday.

If you know someone who would enjoy these blog posts please forward this to them. If you want to get the blog by email remember to use the Subscribe box on the homepage.

I work with clients through my business, Primary People, that specialises in organisational and personal development with a TA twist. We’re looking for two new coaching clients at the moment, so contact me if you, or a colleague, are facing leadership challenges, or are stuck with a dilemma.