A Quote About Motivation 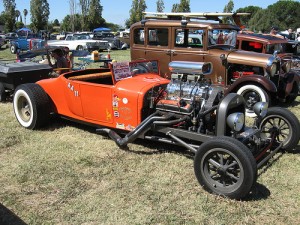 “Whether you think you can or you can’t; you’re right.”

So said Henry Ford, who in between building his River Rouge plant and selling the iconic Model T Henry, found time to trot out useful one liners, that have been preserved for posterity. No prizes though for guessing whether he thought if he could or could not.

This is one of my favourite quotes because it reminds me that to be successful we need to listen to what we’re saying in our head, as it’s likely to be self-limiting. However, as an additional dimension to this I’ve realised that sometimes saying ‘I can’t do this’ is as useful and as necessary as saying ‘I can.’

What Can’t You Do?

In the headlong rush to get on with our lives it’s easy to write off a ‘can’t do’ as a negative and a limitation, but my recent writing experience has made me realise that in fact we need to balance the cans with the can’ts in order to be successful and to stay healthy. For example, I can write fast when I need to, but I can’t write and drive at the same time, so completing the additional chapters needed to finish my book has meant making sensible decisions about what was a practical use of my working day (and evening and late night). Henry Ford’s quote forced me to think about what I could do and what the consequences would be, which meant taking an axe to my diary, chopping a swathe through my appointments and rescheduling clients until later on in February. I could write my book, but only if I created the space for myself to do so and although this meant making some tough choices, at least I was making them proactively and getting control over the situation. It also meant not blogging for a bit, but I’m back now!

I thought that ‘I can finish my manuscript’ and also that ‘I can’t do that and meet all my other commitments at the same time’. And I was right, so thank you Henry for making me think about both sides of the equation in a positive and proactive way.

What can’t you do, in order to free up the space for something that you can do?

Do let me know how you get on balancing things out to keep motivated and healthy.

A Quote About Problems 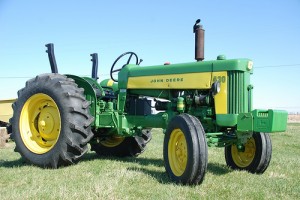 “You will only be remembered in life by the problems you solve and the ones you create.”

This quote did not come from a business person, a life coach, a celebrity, or a modern ‘guru’ (a word with real meaning and substance now casually applied to any management huckster with a toothy grin and a TV show). Instead it came from the Grandfather of a friend of mine. I like this fact because it reminds me that learning can come from any direction and that we can (if not careful) rely on ‘gurus’ when useful people can sometimes be sitting next to us at home.

This quote also struck a chord with me because I wonder that we can fall into a trap of turning problems into objects. By doing this we can strip them of their human element and divorce ourselves from the influence we have on their inception or conclusion.

People cause problems. People solve problems. That includes me and this quote did make me stop and think about which problems I’ve created and which ones I’ve solved recently. It’s an interesting question to ponder over…

The next time somebody presents me with a problem and shirks their responsibility for it, I will share this quote with them and give them the oportunity to be remembered for something positive. That seems a fair way to motivate someone.

And if you’re interested in the detail, the quote comes from Nemesio Maun (my friend is Maywell). He was the Chief Mechanic for John Deere tractors in the Philippines.