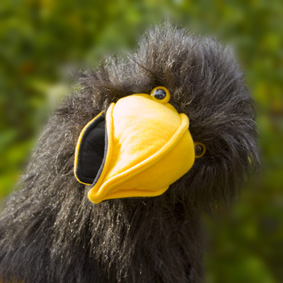 When did you last have some crowtime? You know, when you skipped off work and took an hour in the bird bath to fluff up your feathers and get rid of all the grit. Well, I ‘spose that as you’re a human you don’t need to keep your feathers in good shape do you? I mean it’s not like you can fly or anything is it?

But I was thinking about what to write this week and then I thought – no – I will go and play for a while. So I’ve sneaked Richard’s copy of ‘The Battle of Britain’ into the dvd player and have decided to avoid any work and will just stop and play today. And I’ve bet the stupid pigeon who lives on the roof that the British will win again! Caw! Pigeons are so ignorant.

So before I go off to watch the film and then collect my winnings I have a question for you:

What will you do to take care of your feathers this week?

How was that? I think I’m getting the hang of this, although my beak can’t take much more pounding on the keyboard for now. Next week I might write about ‘pigeons and why they’re so dumb they sleep in the road’, but then again I might not.