Richard Maun – When Is It Okay Not To Practise?

When Is It Okay Not To Practise? 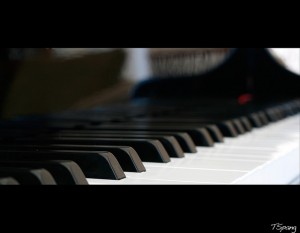 Practise hard to make sure you hit all the right notes on the day!

I thought I’d pose this question because last week I was working with a client the day before she had a job interview.

When I asked if she’d like some time to practise her interview answers together she laughed and said ‘no, that wouldn’t be necessary.’

…Apparently she was a confident interview candidate and had taken part in many ‘good’ first and second interviews before.

Worrying, because if someone thinks they’re okay when they’ve had lots of interviews, they’re missing the point: They’re supposed to get a job.

Having lots of interviews can mean that they have a great CV, but tend to under-perform in some way when put under pressure. People shelter under the notion that lots of interviews must mean they’re doing something right. Wrong. It’s a warning signal that they’re stumbling somewhere and need help to find out why.

I chatted all this through with the client and she laughed again, in a hollow kind of way, that suggested I was right. We did a little demo interview and sadly I was. However, after a sharp 30 minutes of practise-review-practise-review she was much improved and could now:

1) Keep her answers to about 60 seconds. Any longer and it’s called ‘waffle’.

2) Include numbers in her answers. Numbers tell the story for you and show the scope and scale of the good work you have completed.

3) Answer the question. A common question for a manager to be asked is: ‘When have you overcome resistance?’ A snappy answer using the STAR technique is a great way to impress, so learn to anticipate common questions and rehearse your answers, because it will help to reduce the pressure you’re under and to increase your ability to clinch a job.

With the STAR approach all you do is STate the issue, talk about the Actions you took (I, not We here)* and finally outline the positive Results for you and the organisation.

So, going back to the question in the title, the answer is, of course: Never.

It’s a trick question really, as there is never an interview, speech, presentation, debate or sales pitch that isn’t improved by a bit of practise.

So, as you look ahead to your work over the next two weeks… What do you need to practise for?

*Talk about ‘what I did was…’ because they’re not interviewing the team. They’re just interviewing you. Hiding behind ‘what we did was…’ looks woolly and your contribution is hard to spot.