Richard Maun – What Did You Learn On Holiday?

What Did You Learn On Holiday? 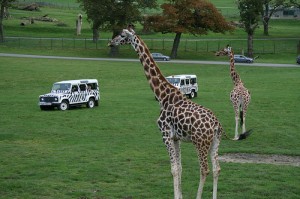 A soggy giraffe is no fun. Giraffes prefer sun and choc ices.

Well hello there and I hope Crow looked after you all with his blogging. He certainly looked a happy bird when I saw him earlier! Now he’s got the hang of it he’s keen to do some more, so I’m sure he’ll pop up again.

So, thank you Crow.

Now where was I? Ah yes…the end of the holidays, the start of school and the picking up of all the loose ends left in a tangle at the beginning of August. And with all transitions it’s often helpful to reflect on what went before and to draw a few conclusions.

So, in the spirit of being a bit reflective I would like to invite you to consider these questions:

Q1 – What worked well for you over the summer?

Q2 – What will do you differently next year?

I ask these questions because one of the things I learned over the summer was that sometime the best thing to do is to say STOP!

For example, we were travelling to Longleat, to enjoy a proper English Safari and had proper English rain to accompany us, which clearly was also coming along for a day out. The forecast had said it would be sunny, but it was fibbing, so I pulled up the car and suggested we stop and go somewhere else instead. A bold move, when you have children to disappoint.

However, given that the temptation is to carry on regardless it was great to show the kids that you can call a halt and can change your plans. We went to a motor museum instead and kept dry.

And a couple of days later, when the sun came out, we went back to wave at stationary rhinos and gasp in awe at sleepy lions, and had a much better time.

In fact later on, I said stop a second time and instead of going to the cinema when the sun was out we enjoyed a warm and interesting time at Chedworth Roman Villa.

What did the Romans ever do for us? …I hear you cry… Well on that day they sold us very nice icecreams and kept the sun shining until it was time to head off. And I thought it was particularly clever of them to build a large house with heated baths on the site of a future National Trust site. Clever chaps these Romans.

So, for me the thing that worked really well was simply saying ‘stop’.

And next year the thing we will do differently is to go abroad for some sun. That way we can see what the Romans did for other countries too. Apparently they were a big noise in Italy….

If you’re new to this blog there are some books listed on the homepage and you’re welcome to browse. If you’d like to know how to write one, do contact me and ask me your questions. If you’d like me to do a bit of public speaking, or talk to your colleagues, then you can have that too. I’ve been told that I’m pretty good at it. You can decide for yourself though.