Richard Maun – Try vs Do 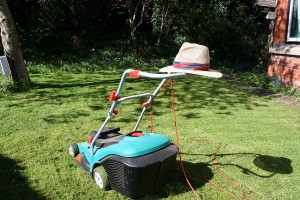 Don't try and mow the lawn...go and do something less boring instead!

I was chatting with a happy client last week who’d made in-roads into his long to-do list, after our previous coaching session.

Curious to know exactly what had caused the shift in his effectiveness, I asked what he was doing differently now?

‘Well, it’s quite simple really,’ he replied, ‘every time I find myself using the word try in my speech or in my thoughts I stop and ask myself if I’m really going to do the work? If I’m just picking at it, I stop the task and choose something else. That way I’m not wasting as much time and although I’m might not always be doing what I ‘should’ be doing, at least I am doing something productive.’

He had a point. We can often sit down and try to finish the task we’re supposed to be doing, but which secretly we’re bored with. In reality it’s often better to own up to our faffing, stop the task and change course.

Indeed I did this myself the other day, when trying to write some PR material. I tried really hard for a bit and then realised what I was doing (which was trying to write). So I stopped the trying and choose a different task (giving Crow’s plummage a brush after his dust bath) and got on with a decent slab of doing.

If we promise to try and mow the lawn, paint the fence, wash the car, clean the windows or take the dog for a walk, it’s a fair bet that none of these things will actually happen. And we’ve not broken our promise either because (due to a handy psychological insurance policy) we only committed to try and do these things and not to actually do them. A subtle difference, but the devil is in the detail.

For extra insurance cover we may have started them and then found a jolly good reason to stop and watch a bit of sport on the tellybox….the job clearly only ‘paused temporarily.’

Next time someone offers to try and do something…pause them and ask if they’re:

You’ll be amazed at how much more productive they are when they choose B).