Three Questions For A Healthy Business 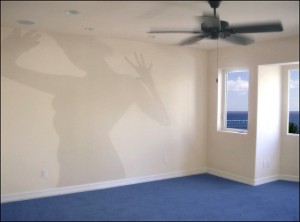 Is your office as tidy as this?

I’ve been having a tidy up this weekend. In fact ‘tidy up’ doesn’t really do it justice, given that I’ve relocated my office office back into my home office, stripped the home office shelves bare, thrown away old documents and mobile phone cables, sorted out my archive in the loft, thrown away more old bits of tat and then re-populated the office shelves, so that they look clean and organised and purposeful.

There’s a bit of fine tuning to do, but I have to say that a Spring clean and general change around was well overdue. Ratty and Moley would be proud, and no doubt would whip up a sumptuous picnic to celebrate.

Out of all this dusty, yet rewarding, activity three lessons emerge…lessons which I’ve been reminding myself of this weekend. They are:

1. Nothing is forever. I’ve really enjoyed having a shared office space and now, having written two books there and sorted out my ILM accreditation, it’s time to move on. Change is good – I’m on the road a lot more again and don’t need to have two desks!

2. Build income streams before expenditure streams. I was debating whether to find another office space, when a colleague of mine pointed out that it’s easy to accumulate costs and that good business requires you to make money before you spend it. (How many people do you know who run their business the other way round?) So, I’ve moved my office rent budget for the year ahead into my marketing budget, which is a better use of resouces and frees me up to boost the spend on book four.

3. Be decisive. When you move: move. When you’re throwing things away: throw stuff away. It’s amazing how tempting it’s been to dither, or to hang on to bits of paper….yet if I’ve not touched it in 6 years, do I really need it? So, I’ve been decisive and have moved everything home, have been ruthless with the waste and have kept asking myself: ‘What am I keeping this for?’

It’s been a great weekend. And leaves me with three questions for you to think about this week:

1) Where could you make a big change to your business expenditure and reinvest the money into something more useful to you?

2) What do you need to be decisive about this week?

3) What are you keeping all that clutter for exactly…???