Richard Maun – The Apprentice – For Any Age

The Apprentice – For Any Age 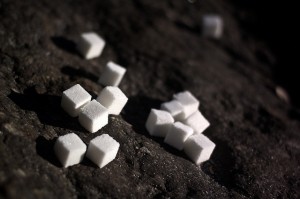 Even Lord Sugar started out as a humble cube and worked his way up...

For lovers of schadenfreude we’re getting deep into The Apprentice (BBC1 on Wednesdays and with m’Lord Sugar on Twitter) when feisty young blades and gimlet eyed damsels lock horns in the quest to win a hatfull of money.

Success comes from being able to go from bed to business suit in under 5 minutes, once the phone has summoned them to the day’s task, and packing your pockets with edgy buzzwords can be useful too. It helps if you can add up and if you know that a cloche is a food cover and not a garden implement (sadly these particular business basics have eluded half the squad).

To suggest these perky poseurs are the cream of the business establishment is to mislead on two counts because:

1) They’re not – the programme is cast to show a range of skills and talents that veer from the mildly stupid all the way over to the really stupid.

2) They’re all so young – to be The Apprentice it seems you have to be under 30 years old which is a bit hard on us ‘middle agers’. Even more so given that this series isn’t actually about being a proper apprentice, as the prize is to become Lord S’s business partner in a startup.

So here’s my Big Idea for this week: I think we should have a new version of The Apprentice for people over 40 years old, because you can start a business and be successful at any age. However it would need a few tweaks to the rules, namely:

1) No day to start until candidates have had some toast and a chance to glance at the day’s newspaper.

2) Tasks should not require people to work under naff team names such as Thrust and Synergy. Instead, teams will be more relaxed and can be called ‘That’ll Do’ and ‘We’ll Have it Finished Sometime Tomorrow’.

3) The Boardroom carve up at the end of the task should be scheduled so as not to clash with The Archers. Biscuits would be nice too and a pot of tea would make things more convivial.

With these changes The Apprentice could attract a whole new cadre of determined, professional and less irritating candidates.

And of course, my point is this: You can be great at business at any age and can make a start whenever you feel it’s right to do so. Success comes from building relationships and by having enough humility to recognise when you don’t know something and then getting help.

Let’s cheer on the current candidates in The Apprentice because they’re good sports and they are very entertaining. And let’s hope that next year we have a version for more mature people too…maybe one day we might even get one for birds! I know a Crow who fancies his chances…