Richard Maun – One Way To Make It Happen

One Way To Make It Happen 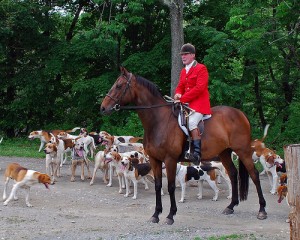 Job hunting with dogs has been banned

I have written two books. You’ve probably seen them winking at you over on the right hand side. I’m proud of them. They’re funny, spiky, thought provoking and useful. And now I have another one to write, although I think I’m out of B@$T@*D ideas. So, instead I’m going to write Job Hunting 3.0 about, er, job hunting.

Winning a new contract is something of an achievement, as publishers tend not to hand them out with the rations. Getting it meant writing a four page submission, researching the market, honing the idea with Marshall Cavendish in London and then promising faithfully to deliver 50,000 words on 1st February 2010. Oh and I wrote half a book as well. About something entirely different.

In order to secure a meeting with the Publisher I decided to tempt him with half a book about how much fun you can have using Transactional Analysis as a Dad. So I rattled out and edited a quick 15,000 words in July, emailed them to him and booked a meeting for September.

During this meeting it became clear that my pitch needed refining in order to make it past his Board. So I offered to re-write it and submit it with a second pitch about job hunting, which I had invented on the spur of the moment…after looking at the pile of titles which are currently selling well.

The Board wasn’t interested in TA and parenting skills and so I still have a half written book to find a publisher for. (Nothing is ever wasted, so this work will come in handy in the future).

However, they did like ‘Game, Set & Job’ although they didn’t care for the title.  So, one way to make it happen is to do something BIG to grab attention. Half a book took me to a meeting, which created another book, which eventually produced a contract. If I worked hard to make it happen, then you can too, whatever the ‘it’ is for you. Sometimes life really can be that simple.

And now I have a big pile of words to type up. Yummy.