Richard Maun – How To Say No

How To Say No 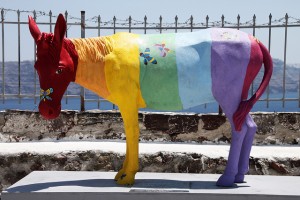 It's colourful, but it's still a donkey...

Sometimes the smallest words can be the hardest to say and ‘No’ is certainly one of them.

This is because we often don’t wish to risk upsetting someone who’s asked us for something in good faith. So, instead of saying ‘No’ we say ‘Yes’. And then regret it.

Often we like to ‘please people’ and feel that a rejection would mean upsetting them, or letting then down, so we put our own needs to one side and help them out, even though we have our own work to do.

In some organisations people take advantage of the ‘nice people’ and get them to do work they shouldn’t be doing, or make sure they are the ones to make the tea and fetch the biscuits…knowing they’ll never say ‘No.’

The good news is that it’s easy to avoid saying ‘Yes’, once you know how to say ‘No’ in a more assertive way.

Instead of saying a bald ‘No’ – smile warmly and say:

…You can follow it up by saying, for example, ‘I’m free at 5pm if you’d like to go through it then?’

Often people don’t want to wait and so will find someone else to help them. Or even do it themselves, knowing their laziness has been rumbled.

Saying ‘Not yet’ isn’t going to cost you friends, and people will not stop liking you simply because you’re being assertive. These two little trip-wires are simply fantasies that we create in order to keep the world in a shape that we like.

The reality is that people will like us for being us…and not for being the tea donkey!