Richard Maun – How Not To Coach People

How Not To Coach People 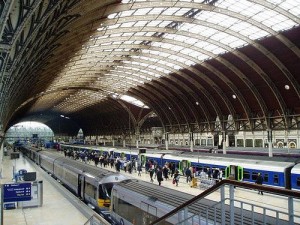 Paddington Station: Watch out for fairies. And bears.

I was told this story the other day by a colleague and just had to treat you to it, if only because it is true and, from my perspective as a coach who likes to build a safe environment; appalling. My colleague dubs this work ‘fairy coaching’ and I tend to agree with him, on the basis that it falls into the happy-clappy-hessian-knitted-teepee brand of coaching which can give life/business coaching a bad name. See what you think, here’s the story:

At his place of work my colleague has an MD who likes to hire the services of a particular ‘coach’ to help team development and promote harmony. The ‘coach’ likes to get people down and dirty on bean bags, which is not always the best way to make people feel comfortable (the client should choose, not the coach). Last month the team were treated to a new way to confront their fears. They all caught the train into London and when they disembarked at Paddington a soap-box was produced and one by one the team had to stand on it and shout out their fears to bemused commuters.

I had thought this kind of misguided exercise had been binned at the end of the 90’s, along with suspect outward-bound style management ‘bonding’ weekends, which only served to create ill-feeling amongst staff and in no way replicated the working life of the business. (I’ve been on three of these and having learned to abseil, found that this wasn’t a great deal of help when trying to plan a complex factory).

Having finished on the soap-box what did my colleague learn? Only to avoid the police, who asked the group to “Move along please” as a shop owner complained they were blocking her flower stall. The experience also confirmed my colleague’s suspicions about ‘fairy coaching’ and as for team harmony, well you can guess the general reaction to the stunt.

Coaching starts with clear contracting to build a safe environment. If there isn’t a contract then in the words of an experienced Supervisor: “You don’t do no coaching.” If only more people understood this and realised that coaching is client-centred, not ego-centred, then the world and my colleague would both be a bit happier.

Tags: coaching, contracting, How To