Five Ways To Defuse An Argument 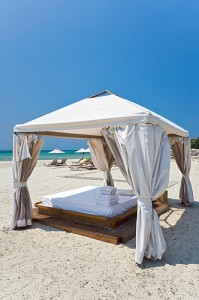 Give the kids one of these each, to defuse any holiday arguments...

Holiday time is here; the sound of the sea swooshing over pebbles, the joy of feeling sand between our toes and of course the irritation of sitting next to an argumentative family on the beach. How classic and unchanging is that scene?

Of course I never argue and my children are little models of perfect behaviour, and what follows probably doesn’t apply to you either. However, if you have a chum who could use the info then do please pass it on. They could be ‘the next family along’ on the beach…

Well now, people like to argue for all sorts of reasons, but mostly it’s either because they’re too tired to engage their Adult Ego State to think clearly, or their Parent Ego State is asserting its authority, or their Child Ego State is being playful/critical/bratty/rebellious*

We argue to make ourselves heard, to get recognition and to flex our brain power and all of these things can be appropriate and useful. A little spat can be a great way to clear the air, but a monstrous bust-up can kill a marriage, so be careful of what your ‘friend’ is starting…it could lead to a nasty place.

I mention the scale of arguments because one way to defuse them is to have a small one to take the tension out of the air to avoid a big one later. A sort of shower to prevent a thunderstorm strategy. Allow yourself the chance to release a bit of energy and when you’ve made three statements hold up your hand say something like:

‘Ok, we’ve both made our point, let’s get a drink and talk it through.’

Changing the activity to one of opening wine and crisps moves people into a different space…and changing space is another way to defuse an argument.

Instead of facing eachother, change the way you’re sitting or move chairs to be side-by-side with the other person. This allows you to look at the problem, rather that at them. This de-personalises things and gives you an new piece of space to play with.

If an argument is Child-to-Child perhaps, with both people acting like big kids it can help to do something called ‘crossing the transaction’, which means breaking the cycle of communication by responding from a different Ego State. This interrupts the flow and can move people into a thinking place. To do this you can ask for the numbers, a key fact, or pose a simple question. For example;

‘Do we have time to do both things?’
‘If we get icecream now, do we have enough cash for fish and chips later?’
How long did you want to stay on the beach?

A variation on the above examples is to give someone a choice. The options don’t have to be great, but the choosing of them invites the other person to take responsibility and empowers them. Kids (and grown ups too) often get less stroppy when they have to think through a dilemma.

If I was to argue (and I’m not saying that I do) it would probably be over small things. A lack of change for the car park, forgetting to pack rain coats, or arriving late at the hotel are classic examples. In each case people can extrapolate from the small thing and instantly develop a nasty little chain of logic that runs; we have no change, we can’t park… the day is ruined… we might as well go home…you’ve spoilt the holiday…my life is misery…

Take a breath, look around you. Nobody died. It’s part of the wrinkliness of life. Another coin of experience has dropped into the piggy bank of existence. Remind yourself and your family of this. Let it go and breathe out. You’re OK!

Reminding yourself that you’re OK is a good way to get a little perspective and if you want to defuse an argument sometimes the really smart thing is to defuse yourself first.

Is to…choose one of the 5 ways to defuse an argument and to use it once.

A Book For The Beach Perhaps..?

Job Hunting 3.0 PR work is now taking shape and has generated loads of great feedback so far. If you know someone who is looking for work or who is interviewing people for a job, please lead them gently by the hand to Amazon where they can read a review and then buy a copy…

Thank you for reading to the end…and…

I’m taking a break for the next three weeks, spending quality time in my hammock in the garden, thinking great thoughts. (Sometimes with my eyes closed, it has to be admitted). However, I have signed up a guest blogger, so look out for him next week…

*Delete as applicable when thinking about your ‘friend’…